SACHH chats with the CBB crew.

We have listened to their music and some of us have even got to see them perform live; now get to know them personally. Every Wednesday we will be publishing our interviews with one of your favourite South African Christian Hip Hop “creatives”.  Get to know why SA CHH artists do what they do and how they are using this platform to advance God’s kingdom.  Today SACHH gets up close and personal with Church Boyy Bizness.

The two times South African Crown Gospel award-winning group Church Boyy Bizness is based in KZN and is made up of three South African Christian Hip Hop artists namely Skhumbuzo Mbatha, Athenkosi Lindani, Dumisani C Sitambuli also known as R.T, Yung Josh and Jorimm. This group of songwriters and rappers shared that they got their name from when Jorimm used to work in a restaurant and he would get his off days on the weekend by favor, one particular time on a Monday morning a workmate was implied that he goes to partying and other related activities during his off time, he explained that he is always on ‘’CHURCH BOYY BIZNESS’’ it thereafter became a catchphrase among the group members and later on their crew’s name.

Teamwork is great but it can be stressful when you’re not equally yoked we asked CBB what are the dynamics of working in a group, and they explained that “First of all it’s a beautiful thing but challenging because you’re bringing different personalities with different vibes together, yet it gets the job done faster because there are many hands-on the job and the level of creativity is at a high level; it’s like a rainbow in terms of diversity in musical styles and approach.” Their musical influences are Lecrae, Natalie Lauren, Courtney Antipas, Andy Mineo, KB, Arron cole and Christon Gray. Their musical style is “fresh, anthems, soul catching and inspirational.” Their music has evidently inspired the nation having bagged best rap song in South African Crown Gospel Awards for 2 consecutive years. Their discography includes The Prodigal Son (2017), Crowns & Dreams (2019), and the single Better Know (2019) to name a few. Each project has high-quality beats and real and godly bars. The group reported that they are working on something different this year so fans should be on the lookout for what is to come.

The SA CHH group’s recipe for a great live performance is a responding crowd, the move of GOD and high energy. They reflected that their performance at the 2017 Crown Gospel awards was the most memorable performance for them thus far. But they have been dreaming of doing arena shows; such as the Dome, ICC arena, etc.

A hit CHH song is similar to the basic line of the judgment of any song… is the balance from the beat to the content it has to blend well to create ear candy, one should not outweigh the other because the ear will catch  it and thereby your song will not be what you wished it to become; ‘’a hit’’

The group’s playlist has got SA CHH artists such as the whole Living Legacy movement squad, Blaque Nubon, Holy hip hop man and Mawat to name a few. They notably added that they listen to most of SA CHH artists if their music is accessible. CBB would like to collaborate with Gruth, Julz, and Mercy in the future.  They suggested that we look out for Gruth, pointing out that “the guy is creatively nice.”

SA CHH is not getting enough exposure to be real, because first of all most people don’t know it even exists here in SA you will be shocked how many stages we climbed and gave them the first experience of CHH, secondly sometimes when people hear the CHH tag they tend to assume it’s only for Christians so they will push it back even the industry gatekeepers, thirdly by experience and heavy observation some  SA CHH artists are not knowledgeable when it comes to music business which makes it harder for them to handle things in the music industry herewith they lack exposure.

Church Boyy Bizness expressed that it’s not a one man’s job to pioneer something and that also goes for South African Christian Hip Hop. A lot of people pioneered the movement, some of them are unsung heroes who did not grab a mic and spit some bars yet worked behind the scenes, for example, Gregory Cassim who over the years created events to move forward the movement of CHH and bridge the gap between local and international recognized CHH artist, even groups like Last Days Fam who cultivated and helped lay the foundations for what SA CHH is today, there are many others who have truly paved the way. Some of the challenges that the highlighted about being an SA CHH artist are finances (raising them is an issue) and making them out of SACHH it’s even a bigger one because  SA CHH is still a growing baby “believe me we not about the money.”  However, everything that is done to push the music to the masses takes finances. Also the lack of properly structured platforms that they can call home like SACHH, “we need more of this in all avenues online and offline to help boost the movement.”

Apart from making music the CBB members are individually fetching their lives notably Yung Josh is still in university and in ministry training, RT has a side hustle job & a fashion brand that keeps him busy, Jorimm has a media venture his building and a street gear brand his working on. They also spend time hanging out with friends and family and also serve in their local church in different departments.

Church Boyy Bizness would like to encourage other SA CHH artists to remember that, “Its ministry before the industry let not the numbers blind us from the impact we suppose to make and allow ourselves to be useable vessels for the Lord, let the spirit guide us but don’t neglect to get equipped spiritually and physically. Let’s work together as a unit SA CHH should move as one, artists should be brother/sisters keepers of fellow artists and helpers in times of need and God is for us and our crowns await us in heaven.”

Church Boyy Bizness is not merely a music group but a brotherhood that reaches forth God’s love and word not only through music but in every area of their lives. They minister the word both in song and in practice always giving glory to God for what He has done and is still doing through them. We echo their words of a united SA CHH movement and pray that together we can be God’s mouthpiece through Urban Gospel music. Follow them on Facebook and keep up with their latest moves.

For just as each of us has one body with many members, and these members do not all have the same function, so in Christ we, though many, form one body, and each member belongs to all the others.

In SYNC with Adriaan and Antonia

In SYNC with Lux Kent 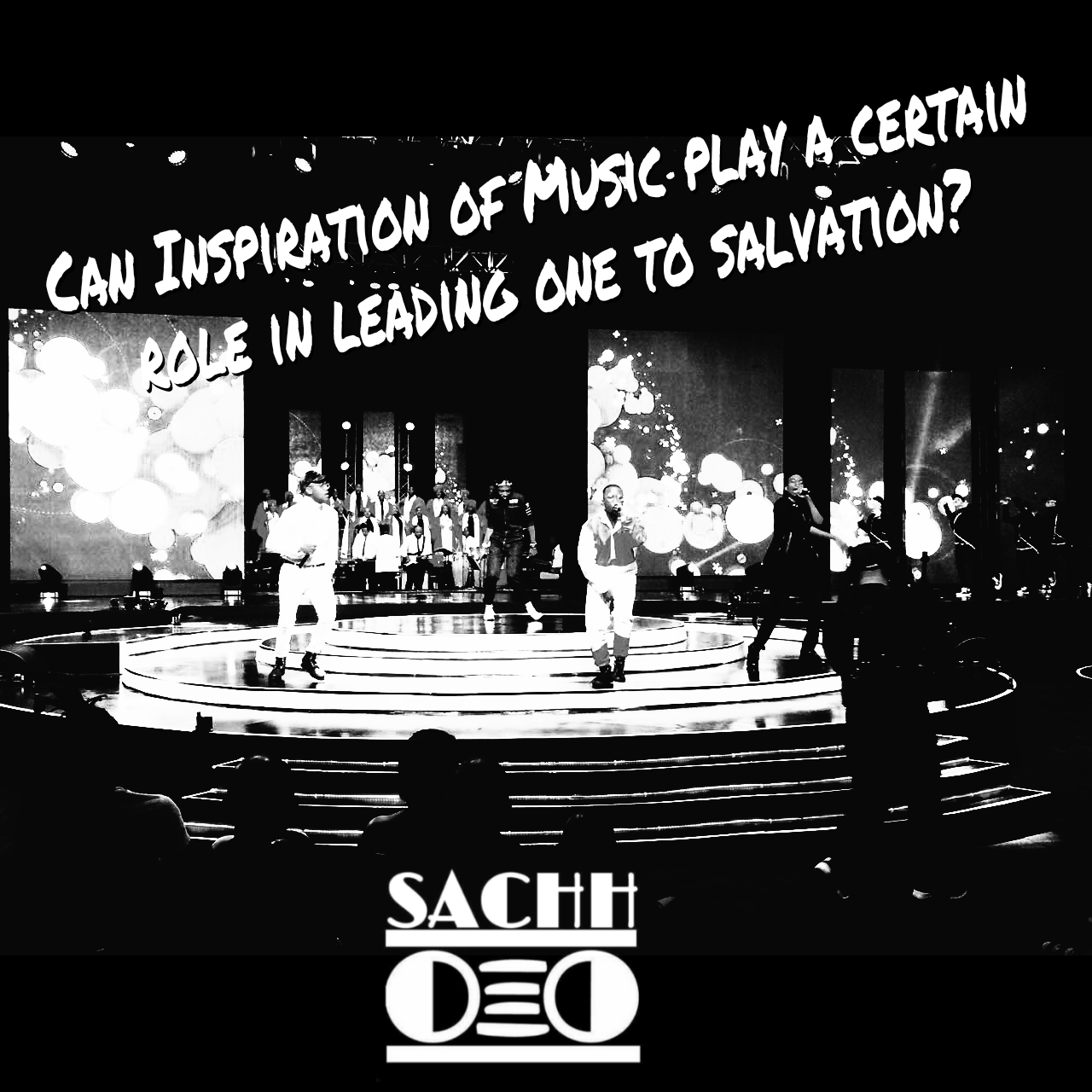 1 Question , 10 Rappers : Can inspiration of music play a certain role in leading one to salvation? | Part 1