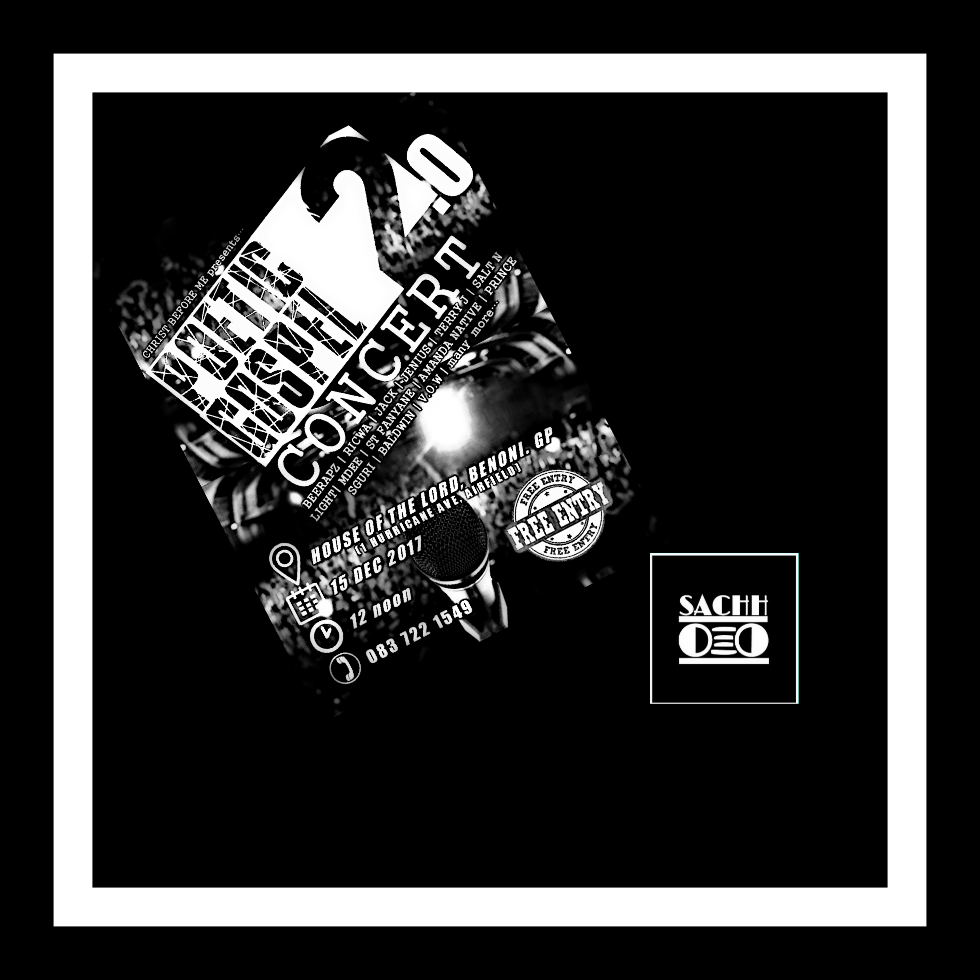 It was a good and hot day Friday on the 15th of December at House of the Lord, Benoni, Poetic Gospel Concert. We had the best and lit performances by Ricwa, Mercy, Phlo-Girl JD Crosson, Salt ‘n Light, Christ Before Me, The Followers, St Fanyane, Jenius, Vimbs Momentous and many more, and we had an amazing MC of the night, Z_LustheZeal.

We had a talk with JD Crosson who promised us a tour early next year in South African and across the whole continent of Africa. Mercy then spoke about his plans for 2018, he didn’t promise any big projects but a lot of singles, he ended up by congratulating Siz for his latest project Outta Egypt, he named the project as best. Vimbs also promised a project next year, and his project will be launched soon.

Phlo-Girl spoke about releasing music next year, and only a few members of Salt ‘n Light came and promised a project from Ntokozo(Shorty) and the whole Salt ‘n Light project.

MDee then shared to us a lil about the coming event, he said they wanted to pause a little bit and they planning to come with the different concept, he said that the name might change and bring up something big(levels).

Watch the interviews in the Video below:

In SYNC with Courtney Antipas

In SYNC with JD Crosson

In Sync with Last Days Fam